The words I wrote yesterday about photos “making or inspiring a story” really came into play for today’s post! The end of the week had been a good time to share my photos for the #PetPhotographyChallenge, so I usually save a day for it. Apparently, the challenge is no more….those that started it either lost interest or got too busy to keep it up. That left me disappointed, and scrambling for something else to post!

It just so happened we’ve been stuck indoors again due to inclement weather, and I got out the new toys that came in our Pet Treater box. I wanted to entertain the crew and start getting some photos for our review (coming next week). Cricket mostly ignored the toys at first, but when I spotted her with one later, I grabbed the camera. Once again, Luke came through for me and gave me some material to work with for today!

I’ve come to the conclusion that Luke is a camera hog, and I had also mentioned yesterday that he loves it when the camera comes out so he’s become our chief spokesmodel. Apparently, he takes that job very seriously, and he’s not too keen on letting Cricket share his duties sometimes. 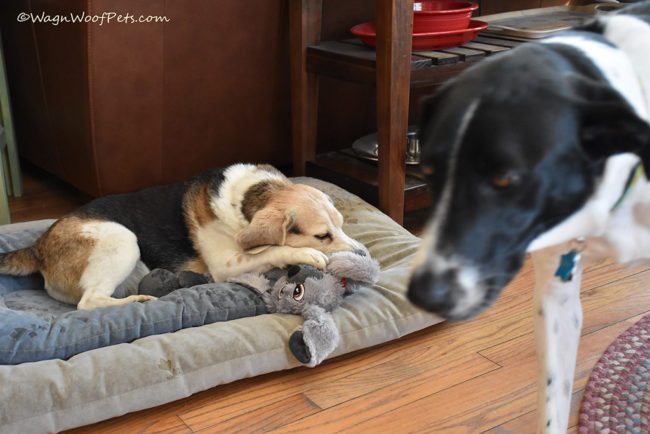 First he tries just strutting in front of the camera. 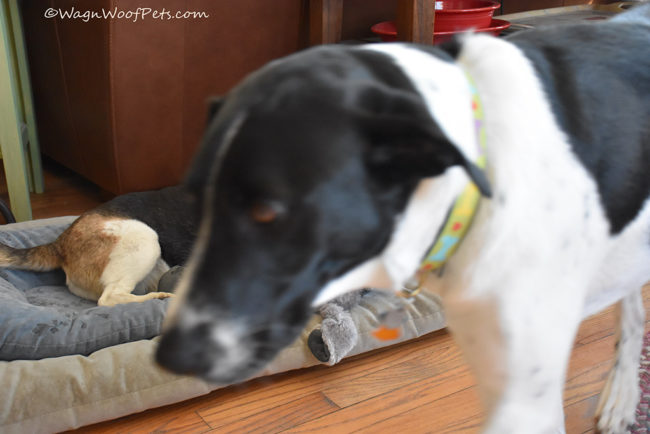 That didn’t turn my attention to him, so he decided to try something else. 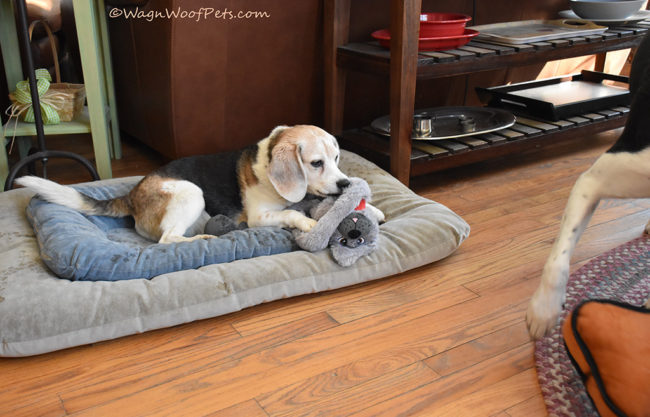 He starts off subtly….”maybe the Momz will notice me now since I have a toy too!” 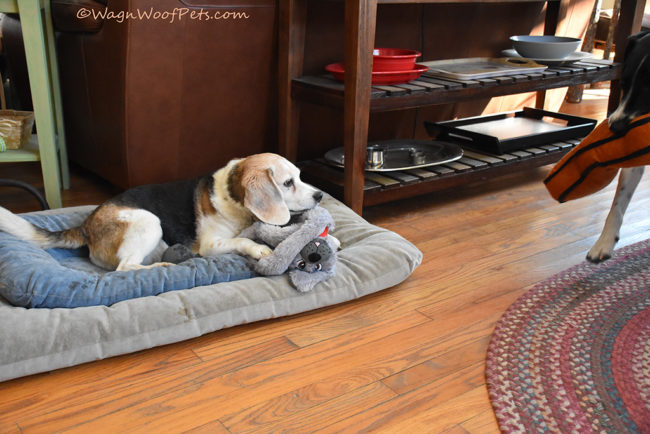 He progresses more and more…. 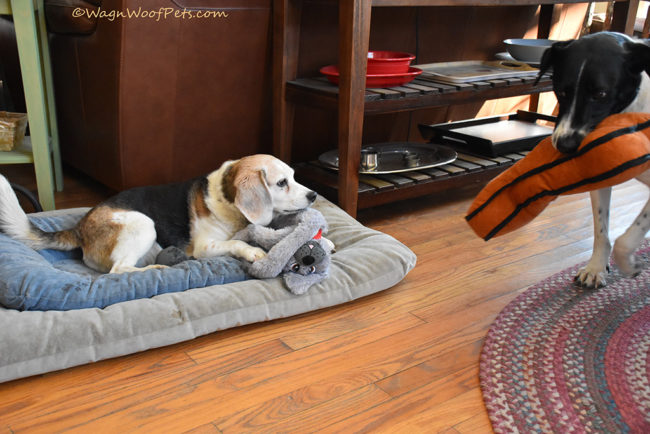 Gets more serious about it….. 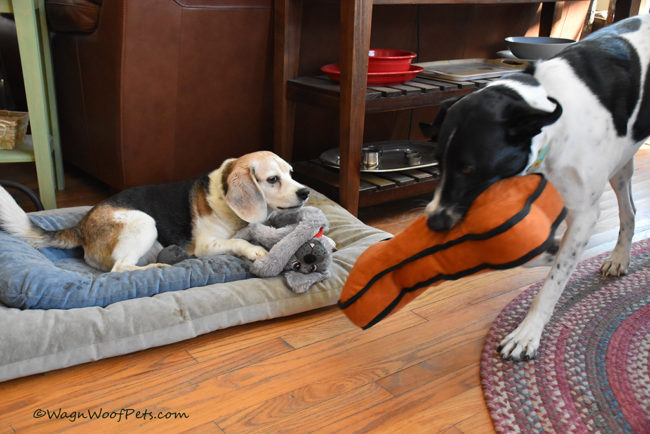 Until finally “That’s it! Try to ignore me now!” 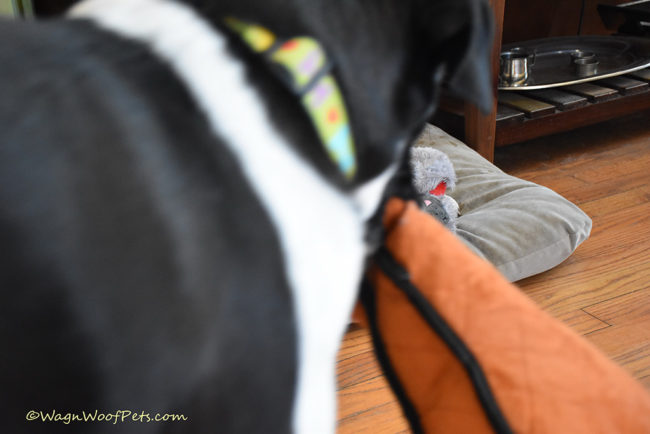 I almost wondered when looking at the photos afterwards though, was he trying to hog the limelight, or to show Cricket that he had a better toy than she did? I notice his eyes shifting her way in some of the photos! Cricket watches him, however, is pretty unimpressed and mostly just keeps going about her business. She’s used to him!

Hope your Friday and weekend are full of fun and laughs too!