My family moved to NH in 1973.  Some time after that two cats wandered into our yard.  Our neighbor was sure she had seen these cats miles down the road traveling along it.  My father really didn’t want us to have cats, but somehow, probably with my mother’s help, we wore him down and he let us keep the cats.  In those days, no one really thought “lost, not stray”, so we didn’t really try to find out if they had a home elsewhere (I hope they didn’t, because I’d feel so sad for those people that lost them!).

Back in the 1970’s we also weren’t very politically correct and “spay/neuter” was not something my parents felt compelled to do.  Well, not until after several litters of kittens, then it seemed like a good idea! 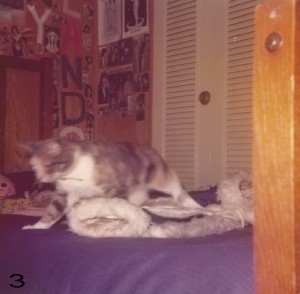 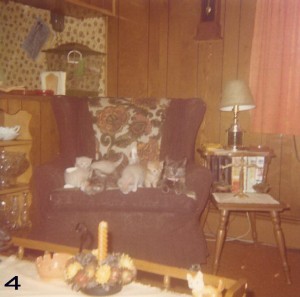 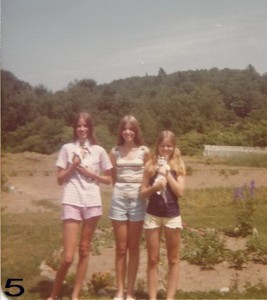 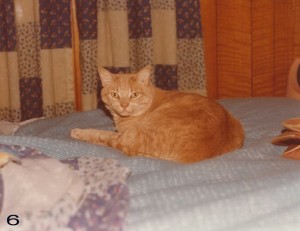 1 & 2:  Concha was one of the two that wandered into our yard.  After I had left home for a few years, leaving her with my parents, they called and said I needed to take her.  Concha was a very needy girl….she had a cold, wet nose that she would constantly push against us to get us to pat her.  Apparently my parents couldn’t stand it anymore!  She lived to be 18 years old…..her last years were spent with my husband and I.  When we were renting an apartment in Massachusetts, she went missing.  Several days later, I found her out on our sidewalk!  We were so relieved!  But what had happened to her?  We had new neighbors up above us, and apparently they took her in.  Huh, you would have thought they’d check with the neighbors right below them to see if she belonged there!  I wonder if they sent her back outside because they also couldn’t stand her cold, wet nose any longer?

3:  That is Concha’s sister, Carlotta.  Apparently she didn’t like to stay still for photos, as that’s the only one I could find of her!  Unfortunately, she went missing after a few years, and we never saw her again.  I hope some kind, well meaning person took her in, just as we had!

4&5: Concha and Carlotta had kittens at the same time (that may be what led to the spaying finally!), I love this photo of all of them together in the chair.  I don’t remember which cat these black & white ones my sister and I are holding belonged to.

6&7:  One of those light orange kittens in photo 4 was the one kitten that we ended up keeping, and we named him “Taffy”.  He stayed with my parents for a lot of years, but sadly he also ended up disappearing just as his mother had.  Doesn’t he look alot like our current cat, Conrad?  I wrote about Conrad in “Our Golden Boy”.

This additional photo of Carlotta & Concha was found, and I wanted to add it on, as Carlotta was a little more cooperative in this one! 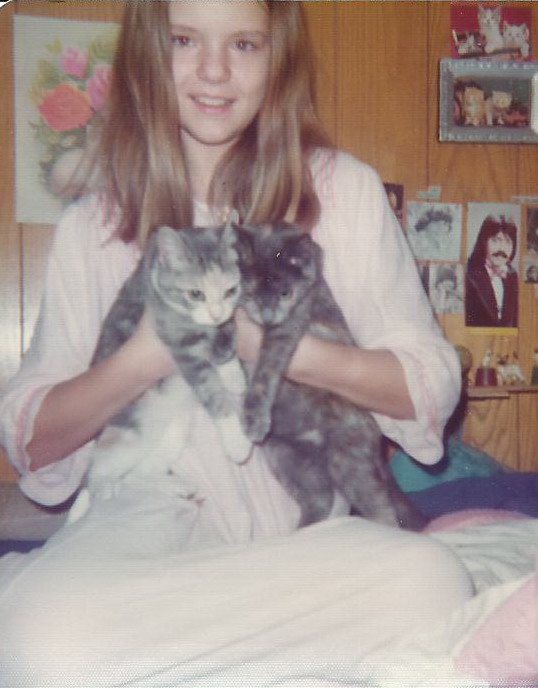