Back in April (“The Short and Long Life of Toys“)  I shared with you that Sheba had been training Luke to destroy stuffie toys.  It got to the point where we have stopped getting stuffies, because he can put a hole in one in literally minutes.  He eats anything and everything, so we just can’t take the chance that he’ll eat a squeaker.

Now he’s even kicked it up another notch.  First, a short story I wanted to share with you about Chewy.com.  We do reviews for Chewy sometimes, but we also shop there.  This story is about a shopping experience and in no way endorsed by Chewy.com.

I ordered this toy, the Kong tug toy seen to the left here, from Chewy.com last month. When we received our package, there was actually a 4 pack of these toys, instead of just the one I had ordered.  I had just given Luke the toy to play with and sat down and had an online chat with a representative at Chewy to let them know what had happened.  I was impressed when she told me to keep the 4 toys.  She suggested that if I couldn’t use them, then maybe I could give them to my local shelter?  I love a business with good customer service, the rep was friendly and helpful;  best of all I didn’t have to be bothered to mail the extra toys back to the company, and that made me happy.

I was impressed with Chewy’s customer service, but I was far less impressed with Luke’s ability to destroy that toy, which is made of durable rubber, in a matter of minutes.  I was in the middle of the chat when I checked on Luke, who had taken the toy outside, and found he had chewed through it!  He is turning out to be even more destructive than Sheba, which I didn’t think was possible!  Now, the toy says it is not for unsupervised play, so I can report that is very true if you have a dog like Luke.  But it’s a great toy for tug, and I was certainly happy we had an extra, since I had to throw the first one away (one end was bitten into chunks)!

He has also bitten off the end of two West Paw Bumi toys, seen to the left here.  That toy comes in two sizes and those were the smaller ones.  So far the larger one is holding up, and they also like the Tux toy, which you can see he and Sheba playing with below. 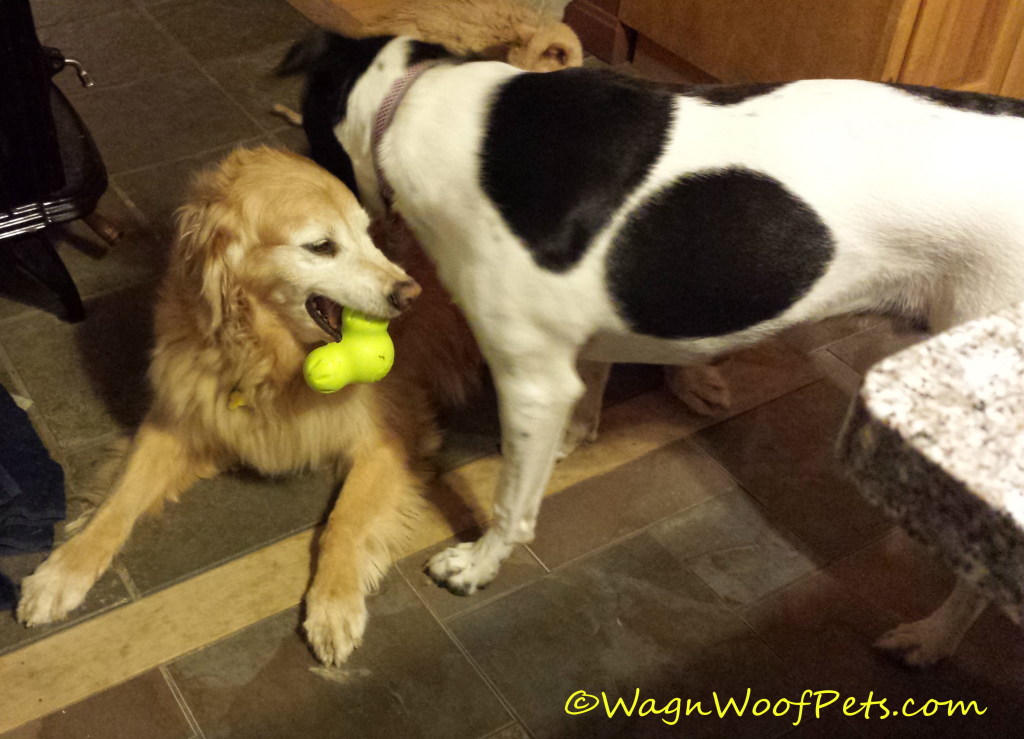 Though the larger Bumi is holding up, you can see below that he has managed to get some teeth marks in it, and below that you can see what both he and Sheba do to the balls that they play with.  The toys have a one time guarantee, so we could choose to have them replaced.  They are also made of non-toxic materials which makes me feel a little less nervous when it’s possible they might have eaten a little bit.  West Paw Design is in no way sponsoring this post either….they are just one of our favorite companies. 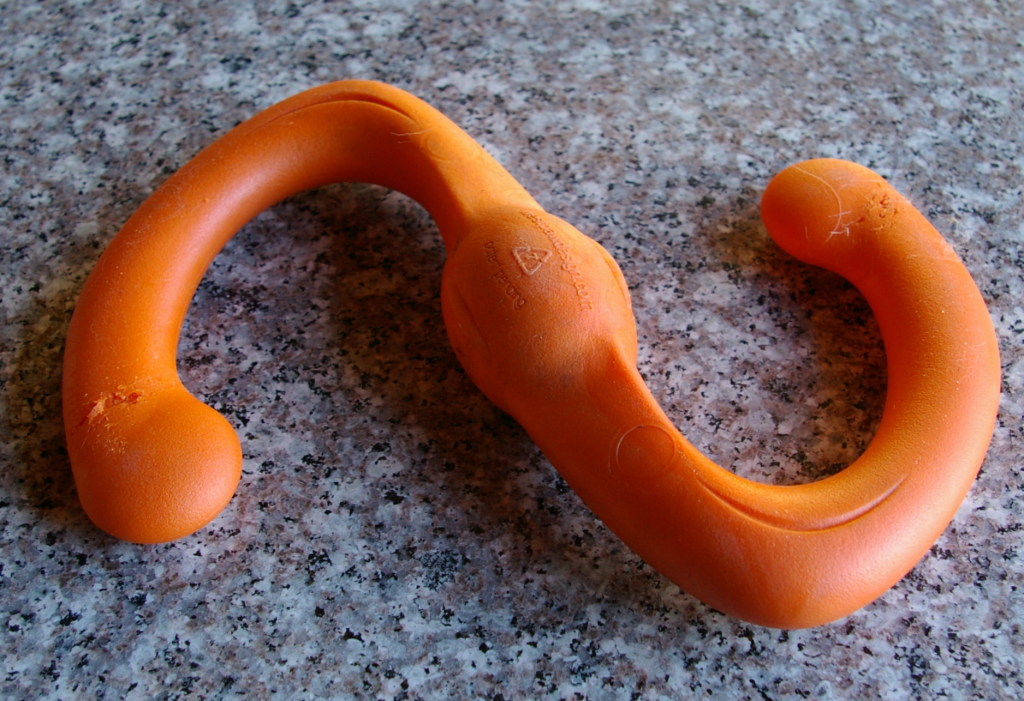 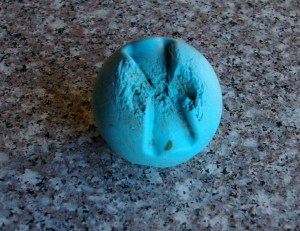 So, we are constantly on the hunt for some different toys that will stand up to these two!  Recently some of our favorite bloggers contributed to an article on just this subject:  Durable Dog Toys – Dog Toys Recommended by Owners of Large Breed Dogs.  With Luke’s birthday coming up, I am looking for some new toys for him, and this article was a big help.  I have already chosen one of the toys in the article for his birthday, and we’ll report on how it holds up to him after that.  The good news for our readers is that we will be giving away those Kong toys as part of the big birthday giveaway we’re planning (it’s both Luke and Sheba’s birthdays!) at the end of this month.  They are great for tug in the house, but getting him and Sheba to actually play tug in the house with it isn’t always easy…..see below how as soon as I give it to him they head to the door and want to take it outside!