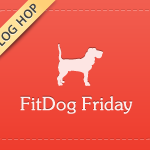 Thank you to our blog hop hosts SlimDoggy, To Dog With Love, and Peggy’s Pet Place!

This hop is all about staying fit, and one of the ways the dogs stay fit around here is playing fetch.  But lately the rules of the game of fetch have changed!

I’ve included three short videos in this post.  This is my first attempt at sharing videos, so please bear with me….they may not be that great!  Or they may not work at all, so please let me know if they don’t!

In October 2012, early on in my blogging “career”, I wrote a post called “The Rules of the Game”.  The post was about the games of fetch we played with our three dogs at the time; our younger beagle Cricket and our Golden Retrievers Sheba and Moses (Moses has since passed on).  Basically, Cricket does almost all of the retrieving.  If Sheba catches the ball, she runs up to the bottom stair going up to the deck (where I’m usually throwing from), and passes it off to Cricket after chewing it several times (we’re not sure what that’s all about).  Sometimes Cricket screws around just touring the whole yard with the ball in her mouth, while Sheba barks at her to “hurry up already”.

Cricket screwing around from Janet Keefe on Vimeo.

If Moses caught it, he would quickly pass it off to Cricket….often without the ball even touching the ground in the transfer.  Once in a while he would circle around a few times and make her work for it, but not that often.

Our new puppy Luke is still finding his place in the family in different ways.  He likes to chase a ball sometimes, but is still not able to catch it himself.  He won’t chase it when I throw it, but he will hang out close to me and wait for Cricket to bring the ball back to me.  Then he will try to snatch it up if he can.  If he does get a hold of it, he does not pass it off to Cricket like Moses used to, but runs away with it, with both girls in hot pursuit.

Clearly the rules of the game have changed, and we weren’t sure how Cricket was going to handle that.  Cricket can be possessive of her toys, and she is used to being in charge and getting things her own way.  Luke doesn’t know or care about all that, and she has handled his antics far better than we thought she would.  At first she’d get impatient with him and maybe bark or snarl at him a bit.  Now most of the time she takes it in stride, and happily chases after him and does what she can to get the ball away from him.  Sheba follows along doing the same thing.  Luke will most of the time run under the pine tree, or up under the deck where the patio furniture is stored, and weave in and out of the furniture to try to keep away from them (I see agility in his future).  Eventually he’ll give it up and one of the girls will bring it back to me.  And the game goes on. 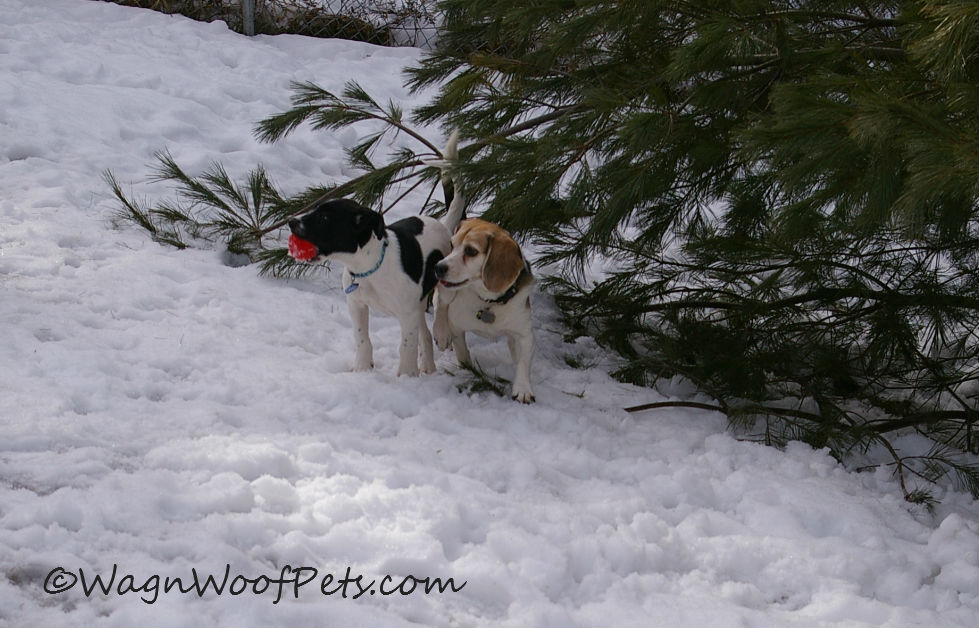 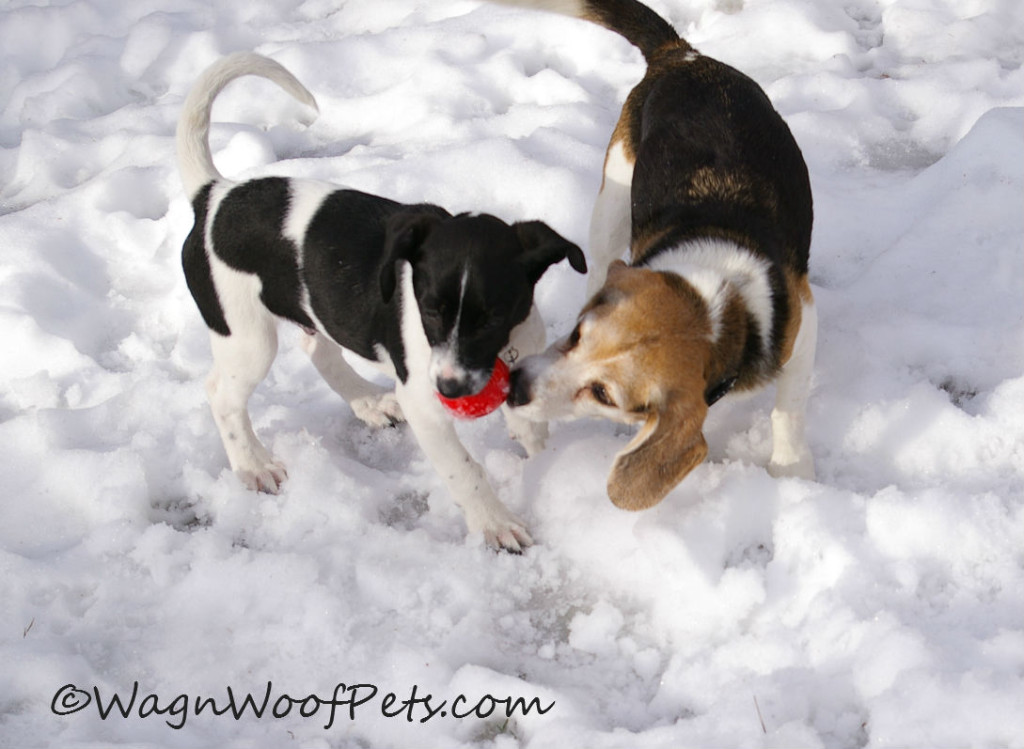 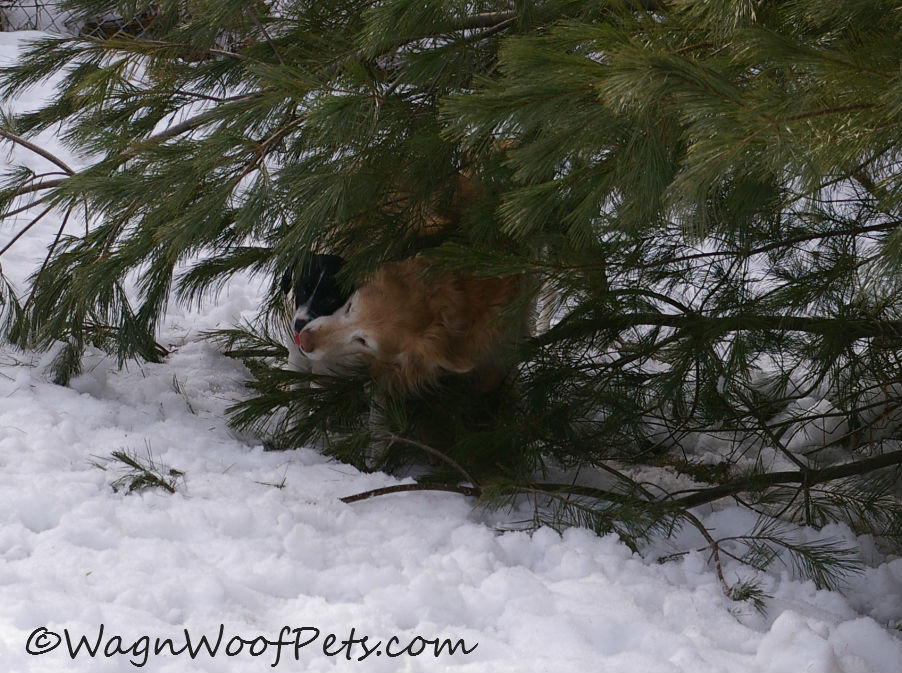 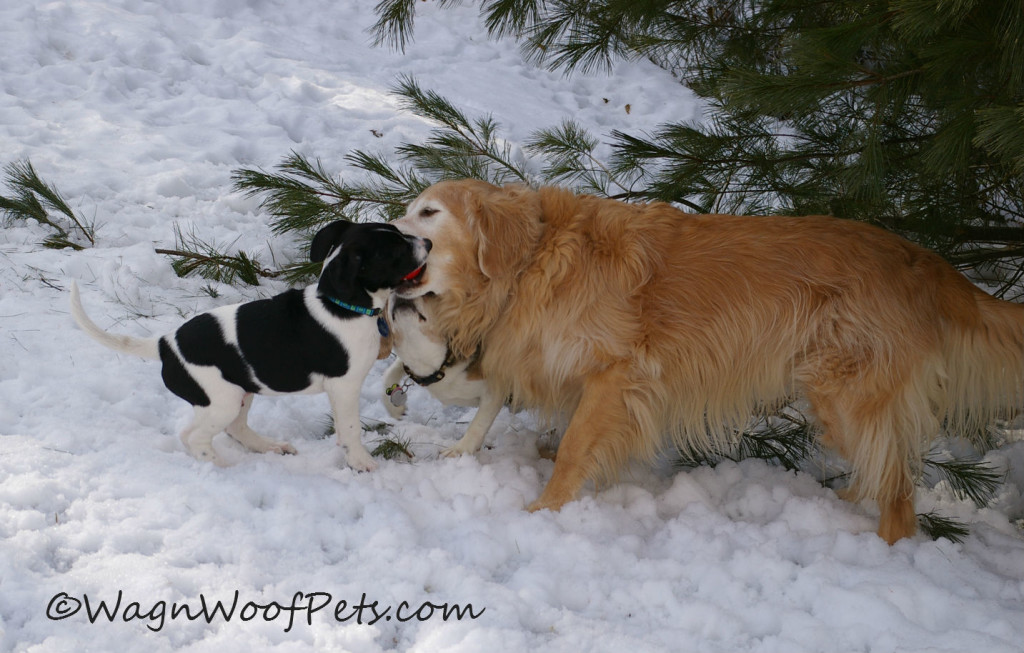 One day I think Cricket was deliberately dropping the ball several feet away from me so Luke could get it.   She knows the command “hand” which my husband taught her, which means she delivers the ball either directly into our hand or drops it at our feet.  Even when I gave that command she’d drop it further away from me and there was no way I could grab it before Luke did.  On the other hand, yesterday she was delivering it closer to me, or guarding it between her own paws until I could get it.  I guess she was more serious about playing that day, and didn’t want any screwing around.  I still let Luke get it a few times and she accepted that and chased him.

It will be interesting to see how the game changes as Luke gets older and begins to chase and catch the ball himself.  After all, rules are made to be broken, right?  As long as Cricket gives her approval, that is.

Luke Keep Away from Janet Keefe on Vimeo.