We were so excited to find out that we won this cool Puller toy from our friends Ann and Shiner at Pawsitively Pets, in a recent giveaway they had.  We’ve had the toy for a while, but because of Luke’s knee and exercise restrictions we had to put it away for a while.  Luke is our chief tester of new toys!

The Puller comes in sets of 2 rings, and I love that it’s made of non-toxic material and is safe for dogs’ teeth.  It’s lightweight and floats in the water, though it will be a while before we’ll be able to put that to the test.  It does, however, skim over the snow pretty well, and rolls on it’s side too!

It comes in sets so that you can teach your dog to play fetch with it.  I’ve mostly just used one because Luke gets focused on one, and if I throw the other to distract him, or try to trade, he just ignores it.  But that’s OK, he had a lot of fun with it, and got lots of exercise chasing it and playing.  He even let me play tug a little bit.

Sheba got in on the action too and they had fun playing tug of war.   Luke will give you a full demo of all the fun in the photos below.  You may wonder why you don’t see our beagle Cricket.  Cricket is pretty much a one toy dog, and she plays exclusively with balls (West Paw Jive).  You may get her to play with a flying disc or other toy, but only if there is not a Jive to be found!  It works well for us, because I can be playing different games with each dog and that makes it more fun for me too.

Who do you think won that round of tug?

Are you surprised that the 10 year old lady won?   Luke wasn’t about to give up without a fight though, and pulled out his favorite weapon of chewing on Sheba’s face!

Sheba went back to playing ball with her sister, and Luke was left to play by himself, which is no problem.  Here he demonstrates all the fun of chasing and pouncing on it…..

…..and here all the fun ways to run with it! 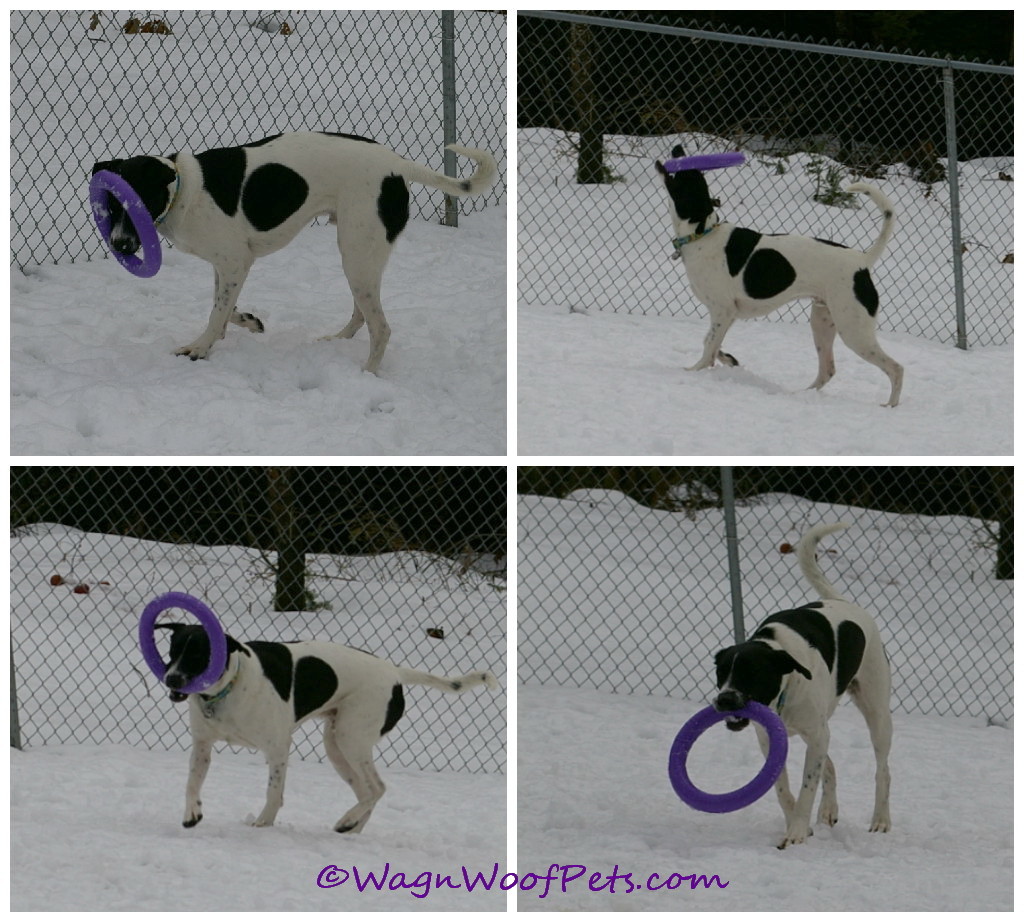 This is definitely a toy that requires supervision with our crew though.  As with anything else, eventually they want to just sit and chew on it.  I then take it away.  It’s full of teeth marks, since it’s soft, but is still holding up fine after a few sessions of play with it. 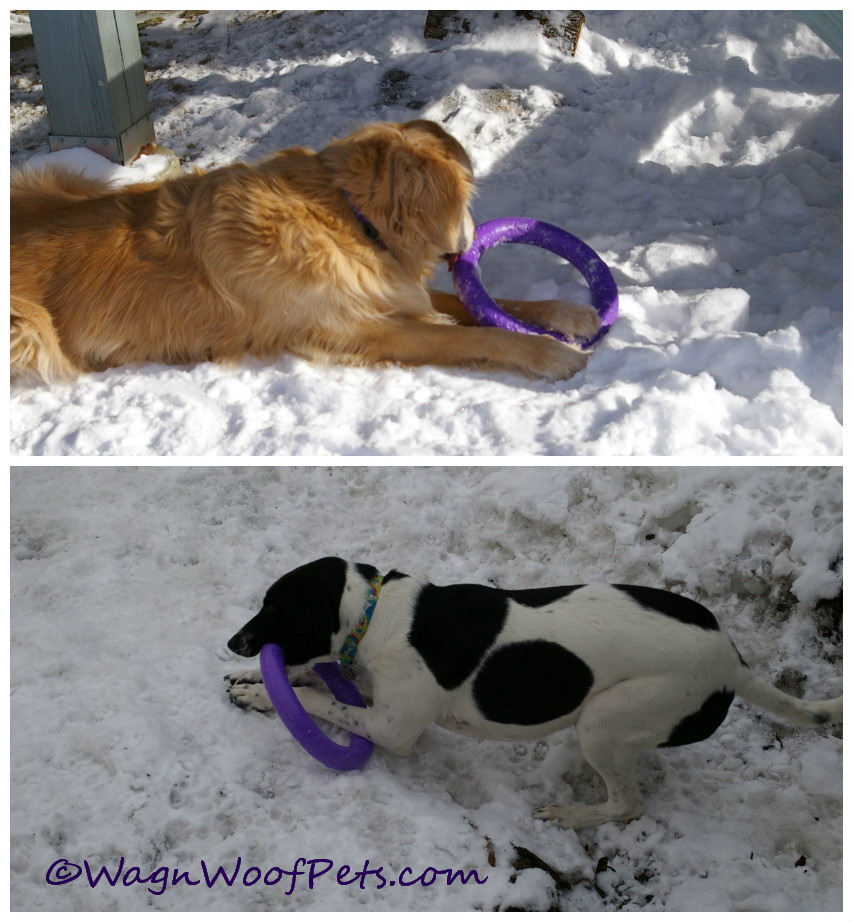 Oh, remember how I like to brag that Luke’s trainer told us how smart he is?  He kept getting his paw stuck in the toy like this, and had trouble getting it out.  Well, he’s smart in some ways anyway!  🙂

*Disclaimer:  We were in no way compensated for this post.  We just won the toy and wanted to share the fun that was had with it.

Does this toy look like fun?  Would you like to win one of your own?  There are two other blogs currently holding giveaways for the Puller, and they would love it if you stopped over to read their reviews and entered to win your own!  You can learn more about the toy as well.  Please visit our friends by clicking on the site names below:

We are joining the FitDog Friday blog hop!  Thank you to our blog hop hosts SlimDoggy, To Dog With Love and MyGBGVLife.  Please visit their sites and others through the links below to learn more about keeping your dogs fit and happy!