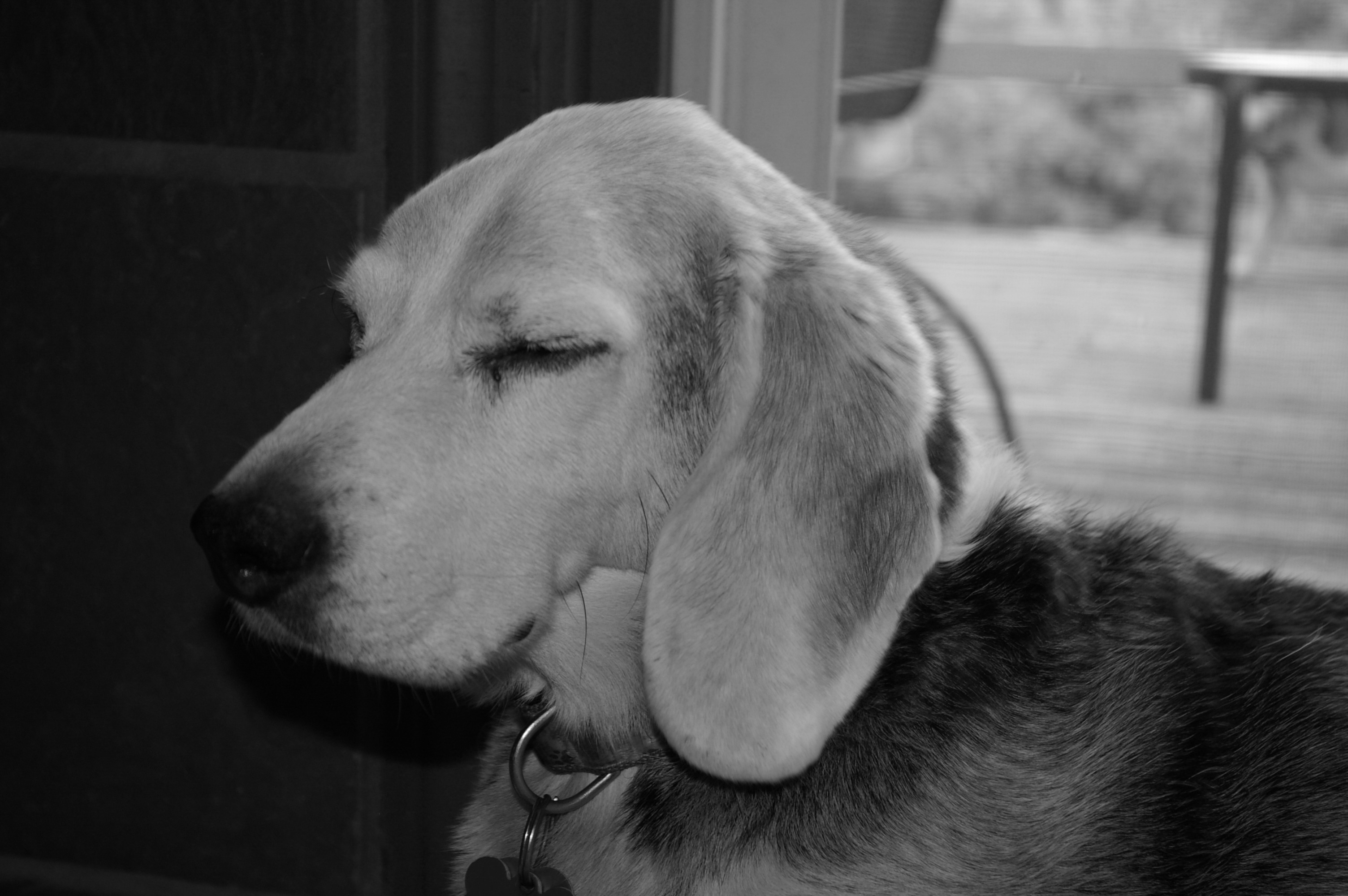 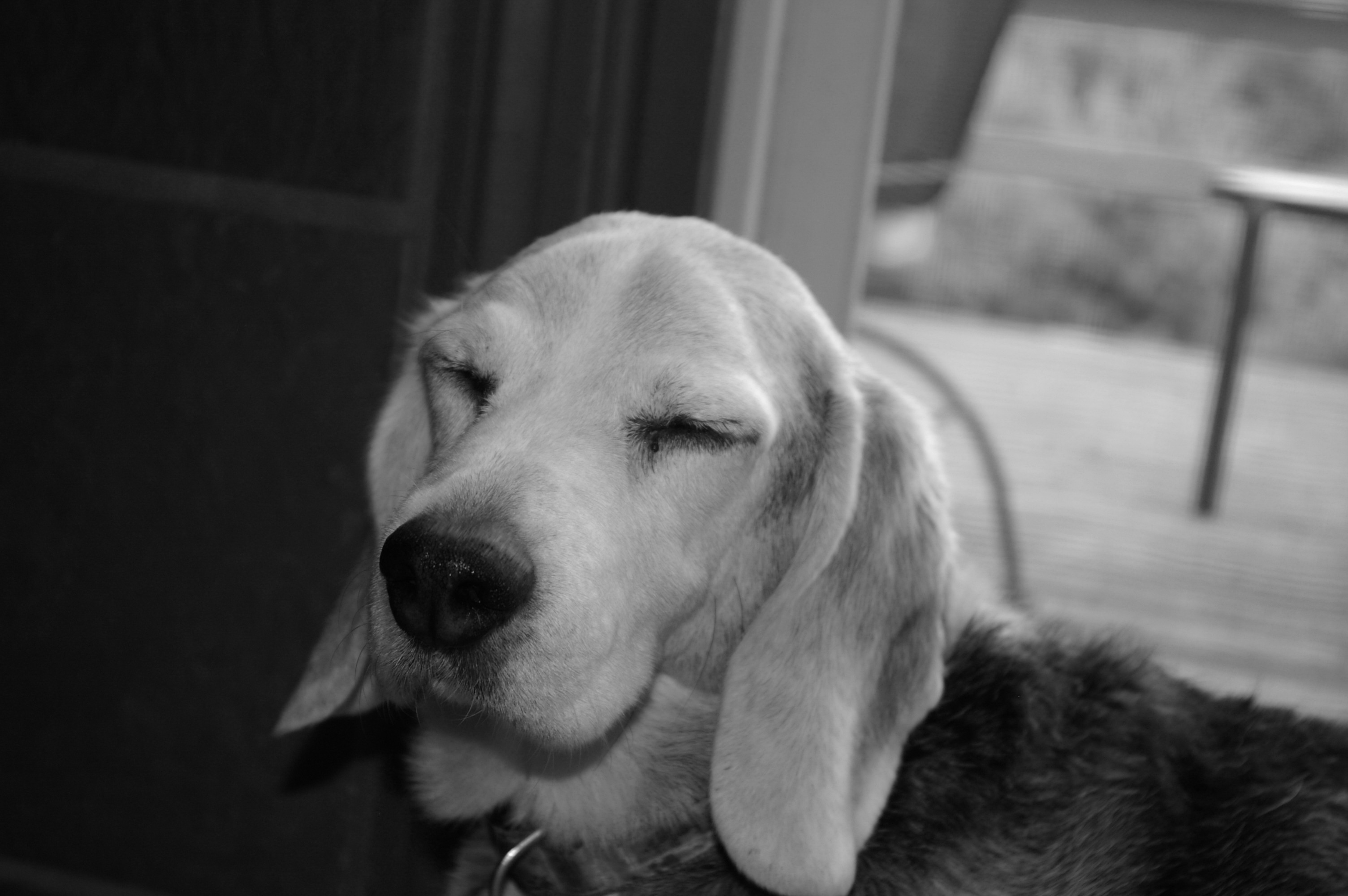 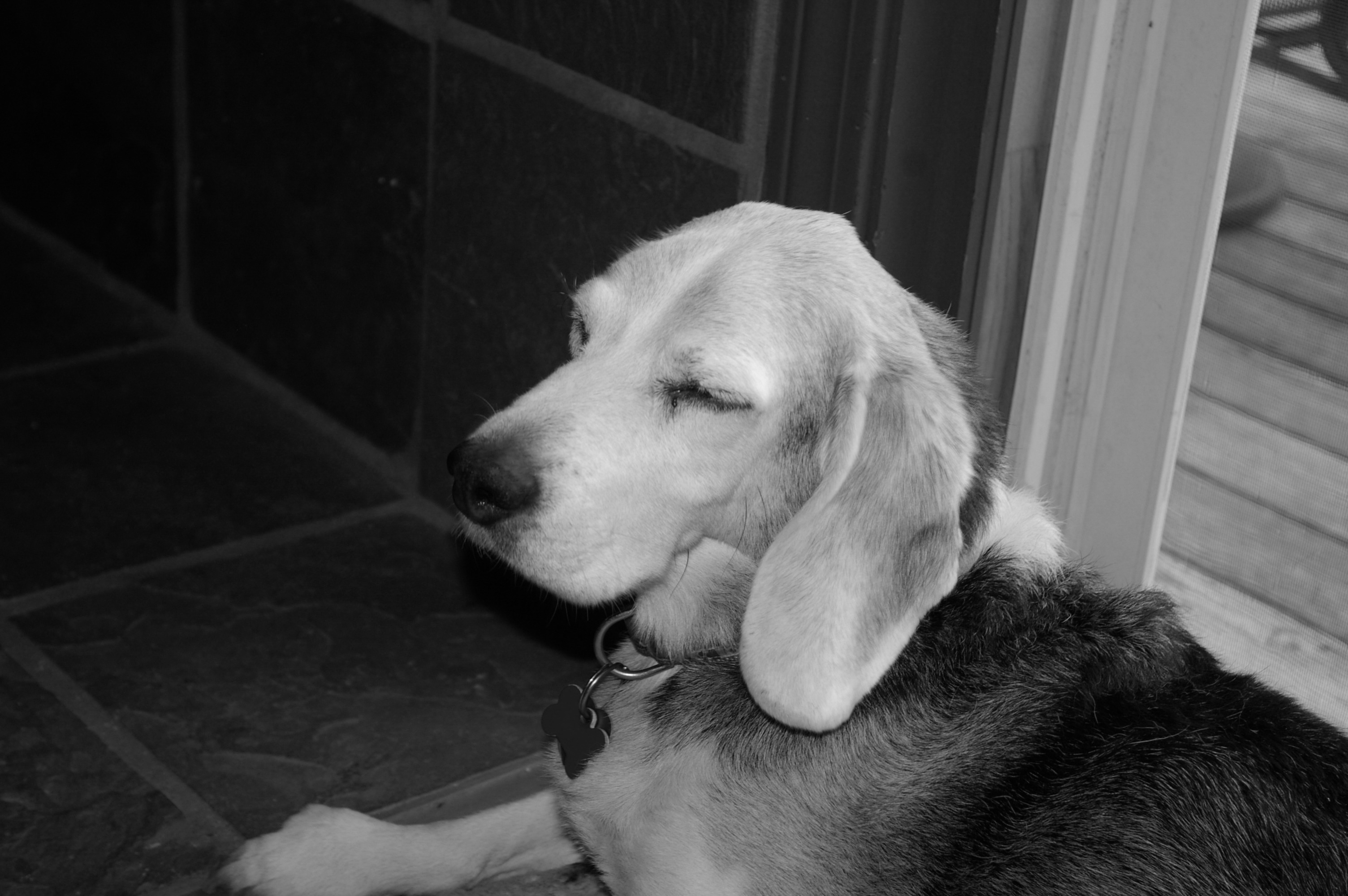 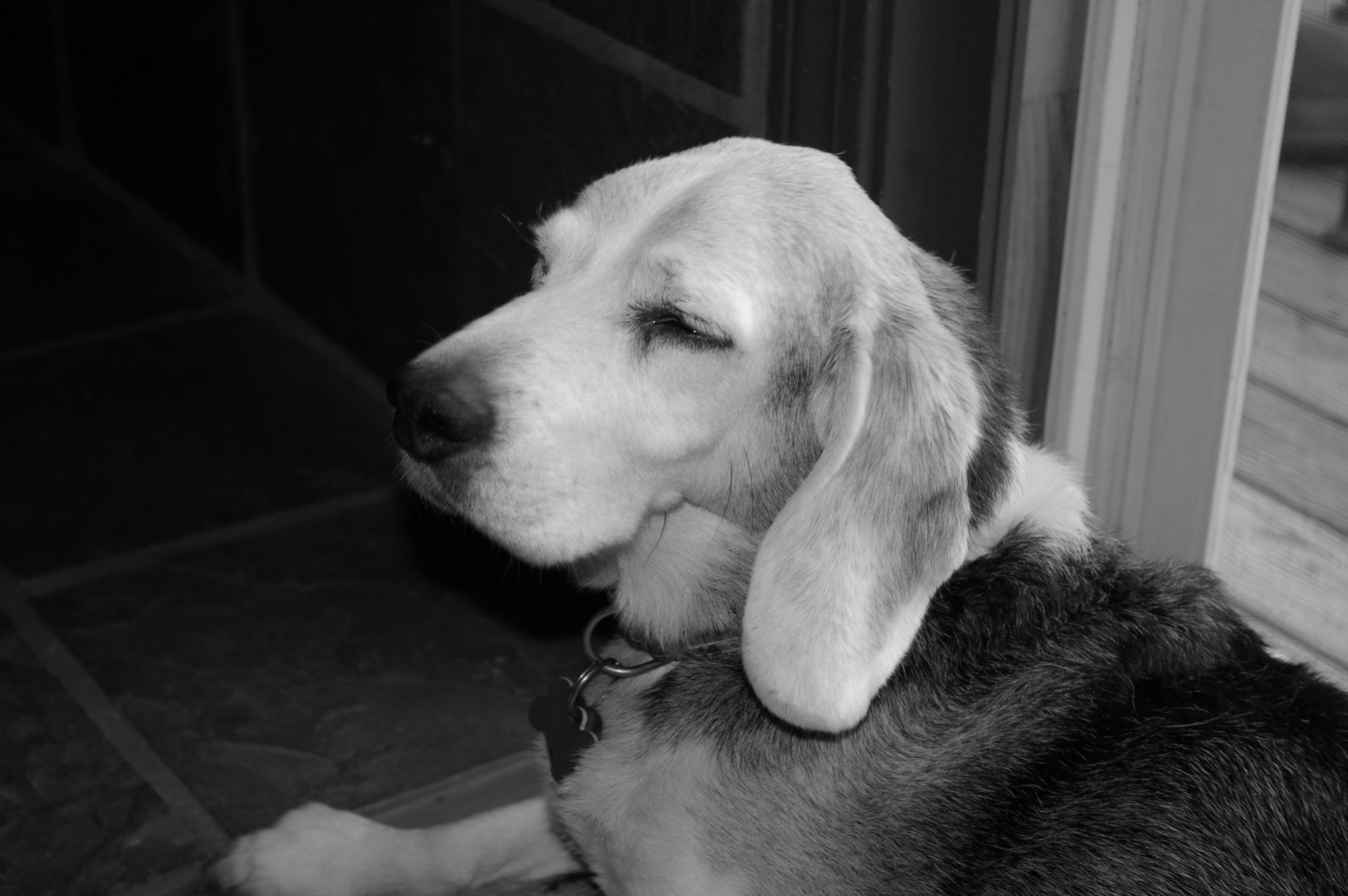 Lately, Kobi just doesn’t want to open his eyes for any photos!  Now, I swear, his eyes are open when I’m pressing that button to take the photo.  But I’m apparently just not quick enough.

Kobi has been suffering with allergies this year, and his eyes have been a little runny and squinty.  He’s been to the vets for a good look at them, and that is what they determined, as well as a calcium deposit in one eye which is normal for senior dogs.    I thought maybe the flash was bothering him…. 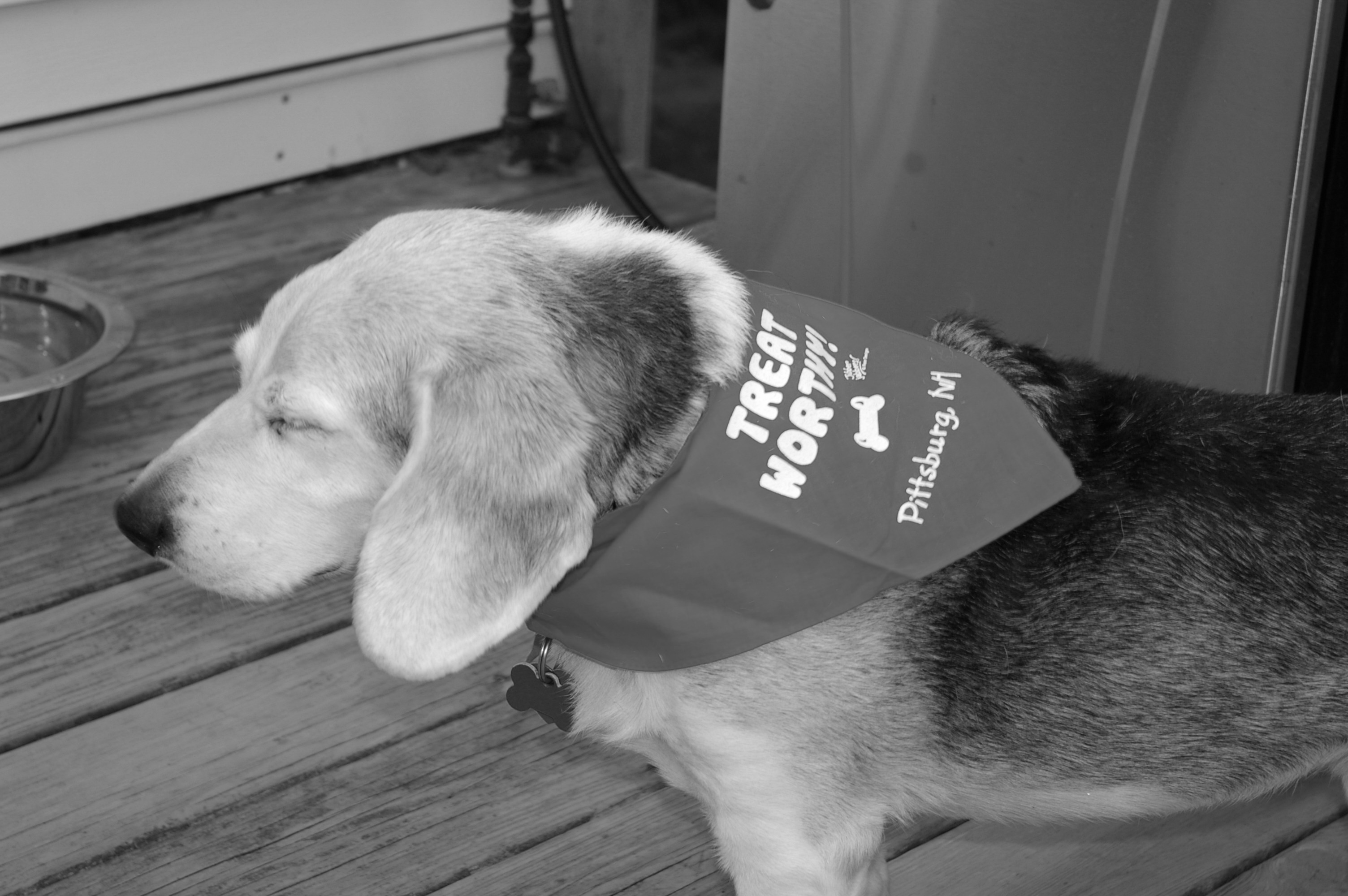 Nope…..this photo was taken outside, no flash.  His eyes have been better lately, just a little runny; we’ve got some drops on order, and we’re going to try some local honey with the hopes it will clear up even more.  Then we’ll see if we can actually see his eyes in any photos!  In the meantime, yup, I give up!  🙂 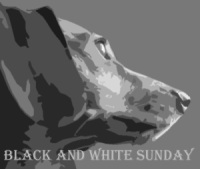 Many thanks to our Black & White Sunday blog hop hosts:  Dachshund Nola, and My Life in Blog Years.